Warning: Use of undefined constant ‘AUTOSAVE_INTERVAL’ - assumed '‘AUTOSAVE_INTERVAL’' (this will throw an Error in a future version of PHP) in /home/customer/www/jrehandbook.com/public_html/wp-config.php on line 20
 Episode #1327 - Mike Baker - JRE Handbook
Show Notes 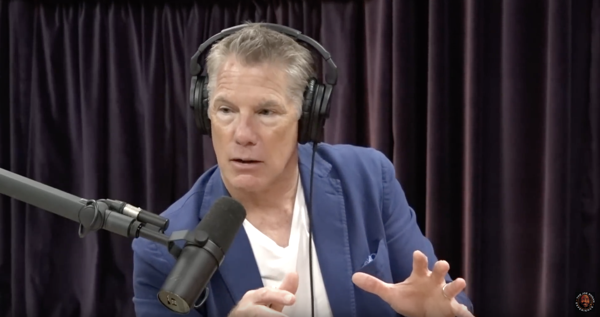 Legal Zoom – Protect what you care about most during National Make a Living Will Month.  Enter promo code Rogan at checkout for special savings.

Movement -Beautiful high quality watches and sunglasses that are actually affordable.  Go to mvmt.com/rogan to get 15% off and free shipping today

Mike Baker is a former CIA covert operations officer. Currently he is the president of Diligence LLC, a global intelligence and security firm.

Show opens with Mike talking about a reality show that he is just wrapping up for the Discovery network.  He can’t disclose too much information about the show, but the general gist is that they will be looking at current and historic covert operations run by the US government.

Mike says that there is always some serious “High speed” stuff on the shelf that has been developed but hasn’t been released for field work.  For instance, with current data collection and processing information they are able to look into a room and positively determine who is in there with no “light”.

The fighter of tomorrow will be inline with the “Universal Soldier” type fighter.  Likely with an exoskeleton, laser identification, etc. They are workking woth the commerical sector and academics to develop this technology.

There does become a problem of information overload.  When you are about to breach a door, you do not want a lot of data points anymore.  Knowing who is on the other side of the door and where they are is important, but you can’t be processing a ton of information when your focus narrows in high stress environments.

MIke adds that battery technology advances are a direct result of CIA trying to improve spying technology, and well as drones which were developed heavily by the military, but now have a ton of uses in the general public.

Best way to take down a drone is to jam it.  That technology is available to “Smart” civilians.

While they are talking about technology Mike wants to transition the conversation to the technology behind deepfakes is advancing and stunning, particularly with the upcoming 2020 elections.

Mike says that the quality of the technology is so far beyond what these videos are showing.  He believes we should be particularly concerned about this when it comes to finance and politics.  There are people working on both sides of this technology, some developing the technology and other trying to develop the technology to detect it.

Mike says that we need to be verifying what we are seeing, not just believing it.  The news cycle moves so quickly that people see things and just believe.

Joe brings up the face app on Facebook, which by the way was created by Russia!  In order to get that app you had to provide your name and email address. So now, they have a photo of the face that correlates with the name and email of over 150 Million people.

After some jokes about Mikes phone that he has on him, he does note that it is widely known that phones are not a secure way to communicate.  This is why you are not allowed to even bring them on campus in certain government buildings.

Omarosa recording conversation in the white house and releasing them to the journalists, and doesn’t go to jail.

Brexit will have 10/31/19, and will be a hard exit.  Borris Johnson has said that if that is how it is going to be then its fine and they will figure it out.  Mike says that is really more about sovereignty than it is about financial or economical reasons.

Not to go back to deepfakes, but Mike notes that the big story was not Trumps supposed collusion with Russia.  That was a political dodge, it was a shell game that was played on us. What the investigative team should have been doing is finding out specifically what Russia did in the last election.  Believe me, they are happy that we did what we did and not that.

Mike quickly touches on the border situation and how it is fucked up that they refer to detention centers as concentration camps.  It is all posturing by politicians rather than doing what they should be doing and passing legislation to get money into that area to properly handle the situation.  He adds that the idea of “Open borders” is a serious problem.

Joe says that there should be a way for the single mother from Guatemala who wants to come here to work and make a better life to be able to come.  Mike doesn’t disagree, but adds that we have heard about it for years and nothing ever gets done. He adds that maybe the good thing about Trump is that he gets us all talking about these topics.  He also believes that we can do both, you can take care of the woman and enhance border security to control who is coming over the border at the same time.

The conversation shifts to Iran.  Iran claims that they have taken 17 “High level” individuals into custody, Mike doesn’t buy it.  He says they have done this before, and it was horse shit. It’s just his take on it, and he couldn’t be wrong, but he doubts its accurate.  He tells a story about Cuba wrapping up an entire spy network that we had down there, and some other spy related chit chat before moving on to other topics.

Youngest brother is the toughest

Joe introduces Huawei as a topic he’d like to discuss, particularly their 5g technology.  Mike believes that China will not make a trade deal with out significant concession on Huawei, and he thinks this administration may fold to get a deal done.  People need to understand that this is an advancement on the abilities of wiretapping. Everything from personal, to business, to military communications. Huawei has been caught with backdoors into the network in the past, and we should not be underestimating their ability to collect data.

Huawei phones are very advanced compared to what is available in the states.  That was a result of the decision making process and China’s eagerness to provide an advantage to them via theft of intellectual property and funding.

Imagine a conflict in the future where they are able to real time access or control our communications.

Even more concerning is the possibility of a stronger alliance between Russia and China.  It is something that we should be watching and be aware of. We’ve laid aggressive sanctions on Russia, and have had a significantly negative impact on their energy operations.

Joe asks what Russia’s goal is with their operations.  Mike believes that their primary move is to chip away at Americans belief in democratic institutions and to get us question the credibility of a democracy.  That has been the fundamental belief among the KGB and now the FSU, and it is working. Just look at where we are as a country and what has transpired over the past few years.

Joes follow up question is “How do you stop the gang members from coming into the country.”  Which ends up being a conversation that touches on a number of political topics making for an interesting set of episode links to follow up on.

The show wraps with the two talking boxing and UFC briefly, and Joe inviting Mike UFC event in Anaheim which has three amazing fights on the cards.

My Guest today is a former covert operations officer with the CIA, please give it up for my friend…Mike Baker

In this country we don’t pay attention to other countries

You would have to be willfully ignorant and niave, or just fucking stupid, to think that russia or china or these other actors are going stop [spying]…like we’re just going to hold hands and unicorns are going to come flying out of our asses

The big story was not Trumps supposed collusion with Russia.  That was a political dodge, it was a shell game that was played on us.  What the investigative team should have been doing is finding out specifically what Russia did in the last election.  Believe me, they are happy that we did what we did and not that.

Every nation maintains border and some element of immigaration control.  The idea that we should feel bad about it…I don’t understand that mentality”

The prison guard assiciations lobby against marijuana legalization, they just want more people in jail so they have jobs.  It’s the most un-American thing possible. It’s sickening.

Think about a company with the global reach of Huawei, of that importance to the Chinese state, and think about them trying to say with a straight face they wouldn’t do things the Chinese government might ask us to do…what a load of shit

Its like jihadism, you can’t kill your way out of it, that doesn’t mean you shouldn’t make a good faith effort

The Iran deal did not give access to their military bases to verify that they were not working on nuclear weapons, Iran controlled the sites that were able to be inspected.

[politically] We are sitting in trenches throwing grenades at each other.  Nobody is living in the center anymore. It’s a disservice to everybody.

Washington DC in possibly the most disfunctional location in North Amercia

Science and technology group at CIA

How US States compare to other nations in size and GDP

Argument for and against brexit

Did Omarosa break the law?

Why are there such big economic problems in south america

Biggest sponsorship ever for UFC from Aurora

The russian spies living next door.

The truth comes out about Steele dossier

What was the  “Fast and Furious” operation

Increase of bombings in afganistan with upcoming election

How many people have died in Iraq and Afghanistan wars

Why is Assad still in power?

Tulsi Gabbard is running for president

Kamaro Usman won with a broken foot and won title

2005 sopranos CGI to bring back sopranos mother after she died

Nate Diaz returns to the Cage

A high school chemistry teacher dying of cancer teams with a former student to secure his family’s future by manufacturing and selling crystal meth.

The Americans is an FX original drama that stars Keri Russell and Matthew Rhys as undercover KGB spies during the Cold War.

Learn more about your health, traits and ancestry, with a package of 125+ reports that only the 23andMe service offers.

The DroneGun MkIII is a compact, lightweight drone countermeasure designed for one hand operation. The product provides a safe countermeasure against a wide range of drone models. 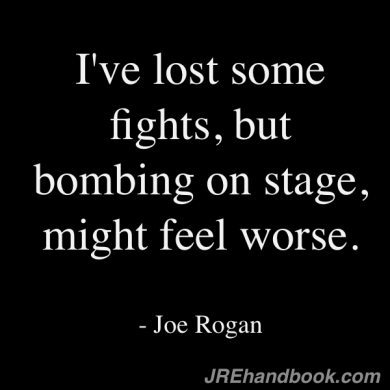