Warning: Use of undefined constant ‘AUTOSAVE_INTERVAL’ - assumed '‘AUTOSAVE_INTERVAL’' (this will throw an Error in a future version of PHP) in /home/customer/www/jrehandbook.com/public_html/wp-config.php on line 20
 Episode # 1328 - Whitney Cummings - JRE Handbook
Show Notes 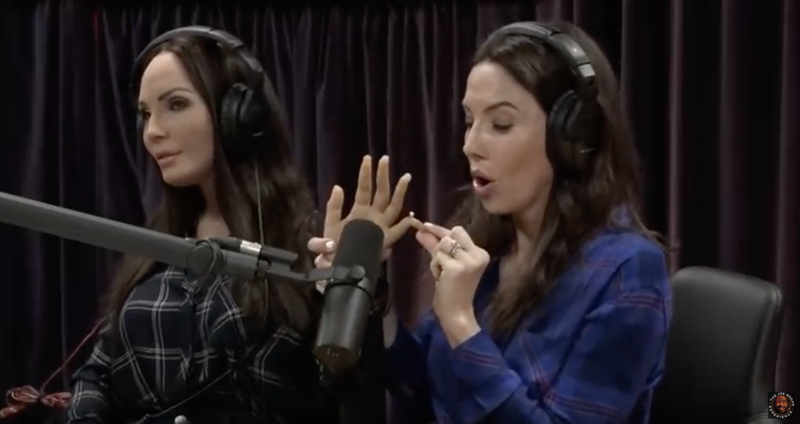 Athletic Greens –  The ultimate daily all-in-one supplement. Nature meets science, with every ingredient proven to add nutritional value and support optimum absorption and synthesis.  Go to athleticgreens.com/rogan to receive 20 travel packs for free with your purchase.

Four Sigmatic – Four Sigmatic mushroom coffee with chaga and lion’s mane is your go-to morning beverage to support productivity, focus, and creativity. Go to foursigmatic.com/rogan to save up to 45 % off your order

Whitney Cummings is a stand up comedian, actress, writer, and producer. Check out her new stand up special “Can I Touch It?” that is now streaming on Netflix.

The show opens with Whitney and Joe talking about Whitney’s Netflix special which her robot that she has brought along with her is a part of.  Her robot is named BearClaw, and was made in part by Real Dolls, the sex doll company. The two joke back and forth about robots and AI technology.

The talk about AI and sex dolls makes an easy segway into relationships and how they will be effected as this technology develops.

Anthropomorphize – The definition in case you were wondering: to attribute human form or personality to things not human -Merriam-Webster

Joe equates where the robotic technology is today and where it is headed in our lifetimes to the  generation who saw the Model T developed into the Tesla.

The biting of the ear, leads to a discussion that would cover cauliflower ear, Male plastic surgey being a thing now, and other topics about things people do to their bodies.

Dan Tanas Italian Restaurant is the spot to pick up “the ladies”, or at least according to Joey Diaz.  Whom, by the way, apparently has a beautiful set of balls!

With all of the “controversial” topics they covered, at least according to the PC police, the conversation shifts to political correctness.  There is a particular focus on how crazy things are today with what you can and can’t say, compared to how far we’ve come since the 60’s, 70’s and earlier.  Shit that was actually fucked up that was going on back then, compared to the bull shit that people complain about today.

The two briefly move to suicide and “Selfie Culture”, which prompts Whitney discuss her interest in terror management theory after her dad passed away.

Joe associates a lot of what is happening today in our culture to our addiction to technology, and says that he has a weird feeling of peace when he disconnects from technology ehile on vacation or hunts.  Whitney agrees and adds that she feels like a solution to at least partially disconnecting is to wear a watch and have a separate camera so you arent constantly pulling your phone out.

There is a quick back and forth about music that pops up as a result of a conversation about Old Towne Road becoming popular because of the Tik Tok app.  The two cover some great 90’s music that you probably havn’t heard in quite some time!

Old Town Road got popular off social media app tik tok, but they wouldn’t let Old Town Road on the country charts until after Billy Ray Cyrus featured on the song!

As old friends would do they talk right up to the episode wrapping with Joe saying he really has to break in order to make it to the Store for his set tonight!

My guest today is one of my best friends, and a fellow soldier at The Comedy Store, she’s awesome, please give it up for

Goddammit we are fucking nerfing this world

Jerk off first, then think about it

Does anyone have any friends who think they are feminists, but they are just assholes?

I want a girl who can carry a couch with me

Can you say “twinks” without getting arrested?

Reason we are creeped out by robots

Truth behind who buys sex dolls and what they order

Has dopamine got us hooked on tech?

Plastic surgery on the rise with men

Psycological tests required to be on reality tv

Who was Hedy Lamar

Stanley Kubric terrorizing for the shining

Can I Touch It

In her fourth stand-up special, Whitney Cummings returns to her hometown of Washington, D.C., and riffs on modern feminism, technology and more.

A coder at a tech company wins a week-long retreat at the compound of his company’s CEO, where he’s tasked with testing a new artificial intelligence.

The theme park where guests indulge fantasies with artificial beings will hook you.

An unearthed audio interview of Hollywood icon Hedy Lamarr reveals a woman with brains as well as beauty, who was the first to patent frequency hopping.

Joan Rivers – A piece of work

A Piece of Work takes the audience on a year long ride with legendary comedian Joan Rivers in her 76th year of life.

the first major release to hit on this subculture of comedy clubs and struggling comedians, is both funny and sad. Sally Field, Tom Hanks and John Goodman star in this wonderful behind-the-scenes look at the world of stand-up comedy…where laughs are serious business.chline

After Midge’s triumph at the Gaslight, the fallout from her takedown of Sophie Lennon looms large, making her climb up the comedy ladder more challenging than ever.

All work and no play makes Academy Award® winner Jack Nicholson, the caretaker of an isolated resort, go way off the deep end, terrorizinghis young son and wife Shelley Duvall.

Leon Vitali was a rising actor when Stanley Kubrick picked him for a role. That first encounter proved decisive – he resolved to devote the rest of his life working for the director, this time behind the scenes, and took on just about every job available

Golden opportunities come for some at Goldie’s, but not for others.

Hidden somewhere, in nearly every major city in the world, is an underground seduction lair. And in these lairs, men trade the most devastatingly effective techniques ever invented to charm women. This is not fiction.

The Worm at the Core

More than 100 years ago, the American philosopher William James wrote that the knowledge that we must die is “the worm at the core” of the human condition – a universally shared fear that informs all our thoughts and actions, from the great art we create to the devastating wars we wage.

As close to the real things as you can get.

Meet the ultimate in male pleasure. Known for mind-blowing sensations, quality and experiences. 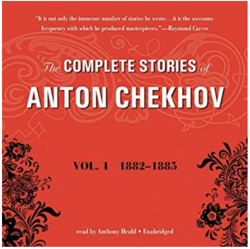